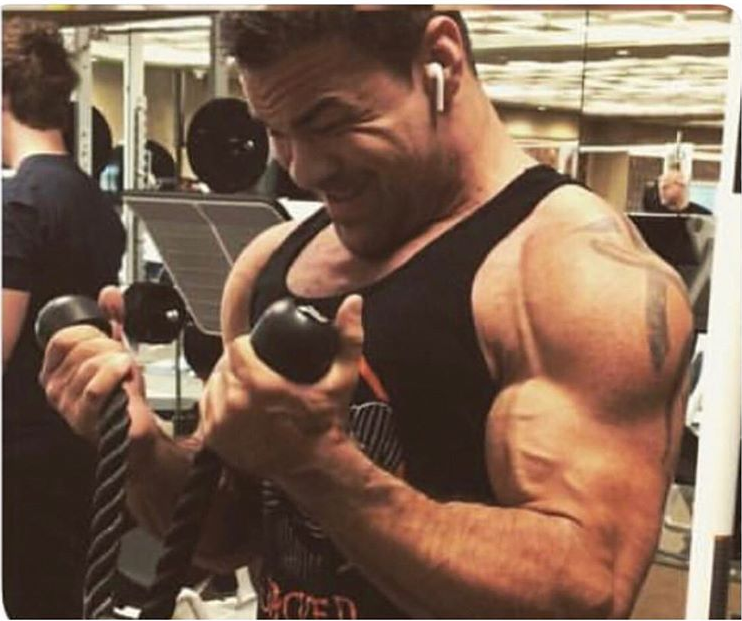 In 2005, my career at AMHS began I had one sophomore English class, and Nic Peterson was in it.

He was not a very good student. In fact, he had a difficult time at AMHS; he will tell you he almost didn’t graduate.

I often get asked why I work so hard – or spend so many hours working on stuff. The answer is pretty simple:

Now, when I say “make the world a better place” I don’t mean “post on facebook so everyone knows how much I say I support XYZ cause”…

…I mean put my head down, roll my sleeves up and work on MODIFYING MY OWN BEHAVIOR to contribute in a meaningful way.

Because unlike most people posting their outrage or storming the streets right now (note: most, not all) – I have lived in extreme poverty. I have gone days without eating or knowing HOW or WHERE I was going to eat.

And I’ve chosen to REFUSE to use that as a crutch in any way.

This may not come as a surprise to you, but I was a horrible student.

As in… 1.98 accumulative GPA in High School, horrible.

So horrible, in fact, that almost every day there were grumblings about kicking me out of school (as up to this point in time, every student had graduated and went onto a four year university and I was most definitely threatening that streak)

Anyway – long story short – I was told that if I did not get into a 4 year university, I would have to finish my senior year somewhere else.

Much to the chagrin of about 50% of the staff, I started getting phone calls from everywhere I had applied. Every conversation was some form of:

“Anyone that tests this high, but has grades this bad is either lazy… or dealing with difficult circumstances at home. We need you to tell us which is the case here”

To my surprise, I got accepted everywhere I applied (except for effin’ Oregon).

When I got onto campus my freshman year in college I got called up to the counselors office (which is not typical for a big college)… and he said to me:

“I know what you’ve been through, I know what you’ve seen. Nobody should ever have to experience what you have – but you would not believe the amount of support you have – the number of people that lobbied on your behalf when we called around – and the belief that these people have in you”

And that is why I work so hard.

To honor the people that thought maybe I could do better for myself.

To do my best, if nothing else, NOT to be a victim or add to the negativity in this world and work to be in a position to be a positive force.

So… for the decade after graduating (barely) from high school I just put my head down and did my best to NOT add negativity to the collective. And then…

Some knuckleheads forgot that they spent 4 years trying to get rid of me and named me alumni of the decade (lol) – I didn’t go the ceremony but I got a copy of the speech that was given. Here is an excerpt:

In 2005, my career at AMHS began I had one sophomore English class, and Nic Peterson was in it.

He was not a very good student. In fact, he had a difficult time at AMHS; he will tell you he almost didn’t graduate.

His home life was tough, and he often came to school without assignments, books, even lunch.

One of his teachers remembers sharing her lunch with him on a regular basis.

Nic was also in my junior English class the next year. His grades continued to be less than stellar, but I could never discount him because he was smart. And he participated.

He understood literature and life on multiple levels.

Funny thing is this…

Until it was brought up in this speech, I had FORGOTTEN about sitting in a classroom during lunch sharing a lunch with teachers.

I had forgotten that an army of people lobbied for me to get into college so that I would at least have a fighting chance. (In fact, at the time I didnt even know it was happening)

And I realized how easy it is to play victim, blame the world and let people down that believe in you.

You know what happens when people fight for you and then you let them down?

They stop fighting for you.

When you don’t work hard to honor the people that believe in you, you incur a massive disadvantage for the rest of your life.

You don’t owe anybody anything. I believe that and support that stance, if you choose to take it.

But to incur disadvantages as you go through life isn’t the best idea, methinks.

To honor your gifts, your mentors and the people behind the scenes prompting you up in ways you’ll never realize.

And that, my thought bomb readers is

I’m of the opinion too many people don’t work hard on their gifts and incur the disadvantages of letting people down.

…and then bitch, moan and complain when they aren’t getting the support they feel they deserve.

Until you have taken care of your own business every single day for years and years, you have no right to extraneous support.

Put your head down. Roll your sleeves up. Do the work.

Enter your best email below to subscribe to thought bombs